Reporting harassment to the police 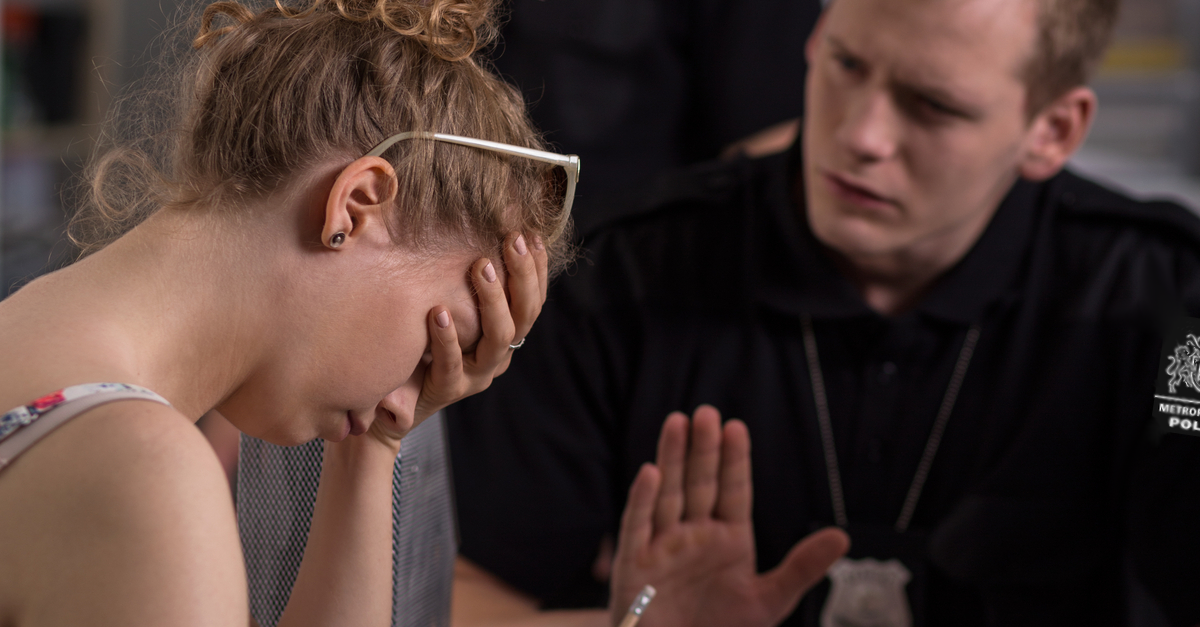 A Guide on reporting harassment to the police

What to do if you receive threats from anonymous internet users

What to do if you are harassed by your ex

Is it harassment for my ex to constantly email, message and call me

What can the police do about internet harassment

Does harassment have to involve threats

What if the police refuse to register my report of harassment

In terms of the law, online harassment and harassment that occurs on the street are exactly the same. Just because someone is not screaming at you to your face, does not mean that their actions towards you are less hurtful. Online harassment is often more difficult to investigate, and the police are less likely to arrest people and call them for police interviews. The police understand less the mechanics of harassment on the internet and often the investigations that are required to identify and locate the offender are time consuming and costly. The police also appear to take into consideration the fact that harassment is not only a criminal offence but a civil wrongdoing also, which means you can take legal action yourself without the police help and so far as the police is concerned, still achieve the same outcome.

What to do if you receive threats from anonymous internet users

People who are in the public eye often receive rape and death threats via social media. In most cases they do not know who they are from. You should consider reporting the threats to the police. For the police to help you, you need to make sure to document everything. Every single piece of information that makes you feel harassed and stressed is important evidence. Take this important information with you when reporting harassment to the police. Tell them that you are being harassed.

If it is more than one time, it falls under harassment and malicious communications laws. However, the reality is that the police desperately need more training and education in this area, particularly when the threats are posted on social media. Some pernicious harassers have learnt how to game the system and mask their IP address to avoid detection, which makes it even harder for the police to identify who they are.

However, this does not mean that people who make serious threats on social media cannot be found. It could take the police many months to obtain bureaucratic permissions and approvals before they obtain user information from internet service providers. If the internet service provider is based oversees, the process is likely to take even longer. We have been successful in identifying and locating harassers, despite the incredible lengths that they have gone to hide themselves. Our efforts included obtaining disclosure orders from operators of VPN servers from different locations around the world and in some cases, furnishing the police with the evidence so that they can continue to pursue the harasser through the criminal courts.

What to do if you are harassed by your ex

If your ex published a website about you, this would also be considered as harassment even if the website only contains one page and was only posted once to the internet. Make sure you report this to the police. If what your ex has posted is pictures that you have taken of yourself, you will own the copyright to the pictures and you will also be covered under the common law right to privacy. If the police are unhelpful, consider making a civil claim against your harasser in relation to any or all of the above-mentioned wrongdoings.

Is it harassment for my ex to constantly email, message and call me

Harassment often happens when an ex-wife, or husband start to constantly email, messages and call their former partner. This situation could be tricky but whether they constitute harassment, would depend on how the constant communication is making you feel. If you feel that your ex is harassing you and you feel distressed and anxious about it and have told your ex to stop, then it is harassment.

If the incidents are all related and close together and you feel oppressed by them (they don't have to be threatening), then harassment is occurring. If you are not distressed by them, then it might be best to just ignore them and hopefully, your former partner will eventually give up. If your ex-partner continues with what you perceive to be harassment, which starts to cause you distress, contact the police with all the evidence. Or if you want to take it down the civil court route, or obtain across the board advice about your option, contact us or another specialist harassment lawyer.

Harassment is harassment. There are many harassment cases that are not social media related but which have an aspect of internet use or social media postings to them. You don’t need to see the harassing posts about you in order to feel harassed. It is often the knowledge that the posts are there, which causes the harassment and distress. Unfortunately, nearly always, harassment that happens offline ends up spilling to the internet. One of our clients was not on any social networking site and had no information about herself posted online previously.

Her harasser went to great lengths to harass her online, despite there being nothing readily available to him to comment on. He went and created dozens of websites and social media accounts which were reported to our client and as such had caused her harassment. The harasser travelled around the world and thought he was hiding behind the internet and would never get caught. The police were unable to arrest him because he had no fixed abode in the UK. We found him and made him accountable. If you are experiencing online harassment where your harasser is sneaky and the police are unable to help, get in touch with us now. We are sure we can help you.

What can the police do about internet harassment

If you are listened to you when you are reporting harassment to the police, a police officer will try to contact your harasser (usually by phone) to arrange for them to give their side of the story. In cases of serious harassment, the police will visit your harasser and may then give them a verbal warning, issue a formal Harassment Notice or arrest and ask them to attend a police station for a formal police interview.

Following the police interview, the police may refer the case to the Crown Prosecution Service to decide whether to charge your harasser with a criminal offence under the Protection from Harassment Act 1997. Unfortunately, this could be a lengthy process and there is no guarantee that at the end of it, your harasser will be prosecuted.

The best way to deal with an anonymous harasser, is to never engage with him unless instructed to do so by your lawyers. When reporting harassment by an anonymous harasser to the police, bring with you as much evidence as you can possibly put your hands on. The police are currently lacking the resources to help you identify and trace anonymous online harassers so you will need to help them as much as possible. Do not delete anything and make sure that all the posts and messages that you receive from your harasser are documented well with dates and times. Screenshot and log every bit of evidence.

Some pernicious harassers that are persistent are people that have learnt how to game the system maybe (not always) and they use language that tweets and deletes and masks their IP address and they vaguely stay online on platforms. This does not mean that they are immune from being caught. Document and report everything. We have tips in our recent articles on how to do that but call us if you want to talk to someone about what else you can do legally. You can try and obtain disclosure orders independently of the police and provided this is done correctly, the police will be able to rely on your evidence to find and arrest your harasser. You can learn more about exposing internet trolls by reading the article How to Identify Anonymous Trolls.

Does harassment reported to police has to involve threats

Harassment might be a silent act and does not have to involve threats. To constitute harassment, the harasser’s action only needs to cause the victim alarm or distress and be an action that took place more than once. Sometimes, if the victim knows that there is something out there on the internet about him, that is enough to constitute harassment even if the content does not include explicit or implied threats. Just to know it is there could be sufficient to be harassment. You can read more about What is Online Harassment.

What if the police refuse to register my complain of harassment

We always advise that when you go to the police station, you take all the evidence with you. You must document everything that you are experiencing and make copies of emails, screenshots, text messages, website addresses, dates of when things happened and so on and place it all in a folder to make it easy for the police to review. Don’t take no for an answer and if the police sends you away, leave your file evidence with them at the police station with whoever is minding the front desk, who often by the way, is not a trained police officer.

Tell them that you feel harassed and point them to the right law. Reporting to Crimestopper online often results in no action by the police or in weeks of waiting before you are contacted back. We advise you to find a police station that is open (there aren’t many of them left), insist that the police register a formal complaint and leave the file of evidence of your harassment with them. When the person that sits on the reception says there is nothing they can do about it or that what you call harassment is only a civil matter, the best thing to do is leave the file with them and say, ‘Here is a folder. Do whatever you want with it.’ If the police persists with the refusal to take your harassment complaint seriously, consider taking private prosecution for harassment.