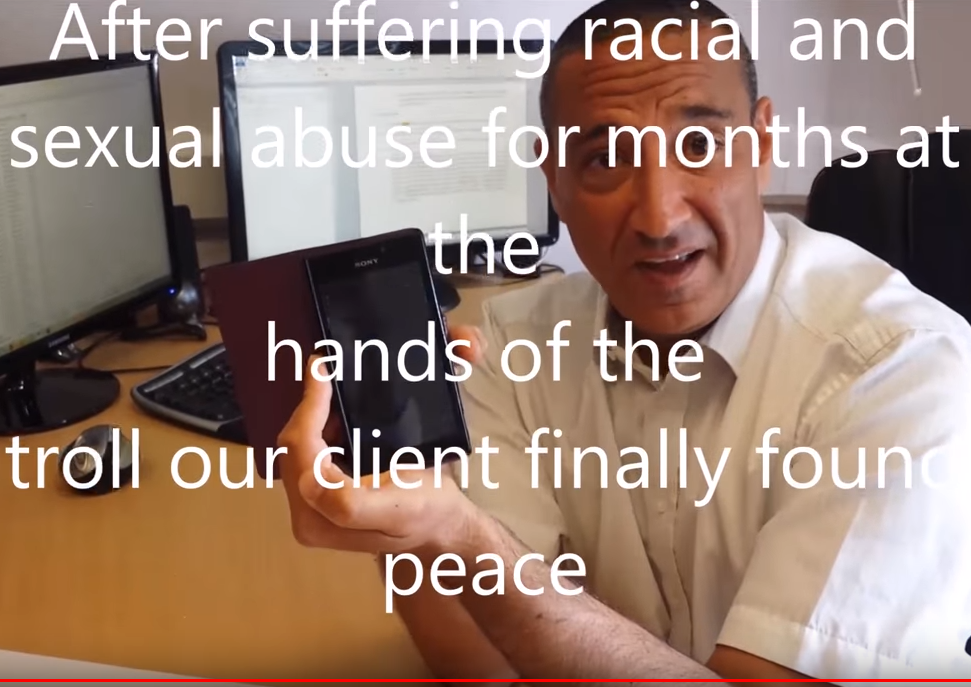 Famous people have fewer options to deal with their internet troll

Celebrities who become victims to internet trolls, are often  made to believe that somehow, they have to learn to live with the menace of internet trolls just because they are famous. Celebrity internet trolls lawyer, Yair Cohen, believes that trolls should be exposed and made to go away.

How can a celebrity stop internet trolling

Should you engage with your internet troll

How should a celebrity make their trolls go away

How can a celebrity stop internet trolling

Whether you have 15 followers on social media, or 15 million, you are susceptible to online trolling. How it affects you can be overwhelming and destructive to your mental health, no matter whether you are in the public eye or not. In addition to the celebrity who is being trolled, her family, friends and associates are also being made to suffer even though they did not choose to live life in the public eye.

Some celebrity internet trolls thrive by publicity to their actions. This is not the same as to thrive to become famous. The real thrill for the internet troll is often the knowledge that their action has been documented or spoken of rather than their own personal exposure to the public. For this reason, the best way for a celebrity to terminate his or her online troll's harassment is to take action to have the troll being named and shamed.

The first steps in unmasking an internet troll is always best carried out in silence. This could be by way of legal action for a third party disclosure where, in many instances, the identity of the celebrity making the disclosure application being kept secret, at least until the disclosure application is complete. This is helpful, particularly if you want to prevent your online troll from receiving  media attention for her actions.

Public figures are often advised to not expose any online trolling issue by going to the media because this is likely to amplify the desire of the troll and her networks to continue with their harassing activities. After all, without the media, these clusters of troll networks, having very little influence in the broader public, will not achieve what they are hoping for, which in many cases is achieving infamy by mass attacks on public figures.

Should you engage with your internet troll

Generally speaking you should not be tempted to engage with your internet troll. Harassment is a criminal offence that is committed one way. What it means is that if there is interaction between the parties, the harassing party is likely to have a defence in law to accusations of harassment. You should only interact once by communicating to the harasser that their communications are not wanted and are harassing. Do not feed the trolls has been an internet adage for so long and at least, until you have completed the process of positive identification, it is best to not engage with your internet troll. The only engagement your internet troll should have is by receiving a letter of claim, preferably from a known celebrity internet trolls lawyer, which is accompanied with an injunction, and often delivered by hand.

How should a celebrity make their trolls go away

Some have decided to shut down their social media accounts whilst others decided to fight back using the law. One way in which to move forward, privately and without media attention, is by applying for an injunction to prevent the trolls, whoever they might be, from contacting you. The penalty for breaking such an injunction could be a prison sentence following a short trial in the High Court. Experience tells us that it is very rare for internet trolls to break an injunction. Hire the services of an expert lawyer who, following the grant of your injunction, will also help you clean up all of the web pages, links and serve injunctions on online your abusers.

Unfortunately, the most effective method of getting rid of celebrity internet trolls is by surprising them with legal action. We know only too well that determined, pernicious trolls do not give up so easily but once they are faced with legal action and with the possibility of being imprisoned for contempt of court, as a result of breach of an injunction, the bravest of the trolls tend to accept defeat.

If you have been a target of online trolling and social media defamation, moving on and not doing anything about it, might not be as easy as it sounds. The scores of defamatory web pages and links with the comments might stay on the internet forever and your internet troll may not give up. Ignoring your troll can often ignite trolls' bad behaviour because they are determined to crush you. Bearing in mind, these celebrity internet troll networks are determined to gain infamy from their vile and hate-filled posts about you, if you are in the public eye.

Our internet law firm assists clients that are in the public eye and who want to remain anonymous with their dealing of internet trolls. The majority of the cases we handle go unreported and as we protect our clients, we obtain anonymity in the courts to help you bring perpetrators to justice without compromising your privacy.

We usually obtain damages for our clients but this is usually of the least importance, since it is all about damage limitation rather than damages, most often, but claiming damages from online trolls generally gives a strong message to stop. Do not feed the trolls is good advice for public figures but this does not mean that you need to learn to live alongside your internet troll.

It is possible for you to curtail the online harassment, whilst keeping the online trolling stories away from media attention. Internet related legal issues could be complex and are nearly always highly sensitive and personal. Our firm specialises in internet law and our lawyers are happy to take your call in full confidence. on 0800 612 7211.