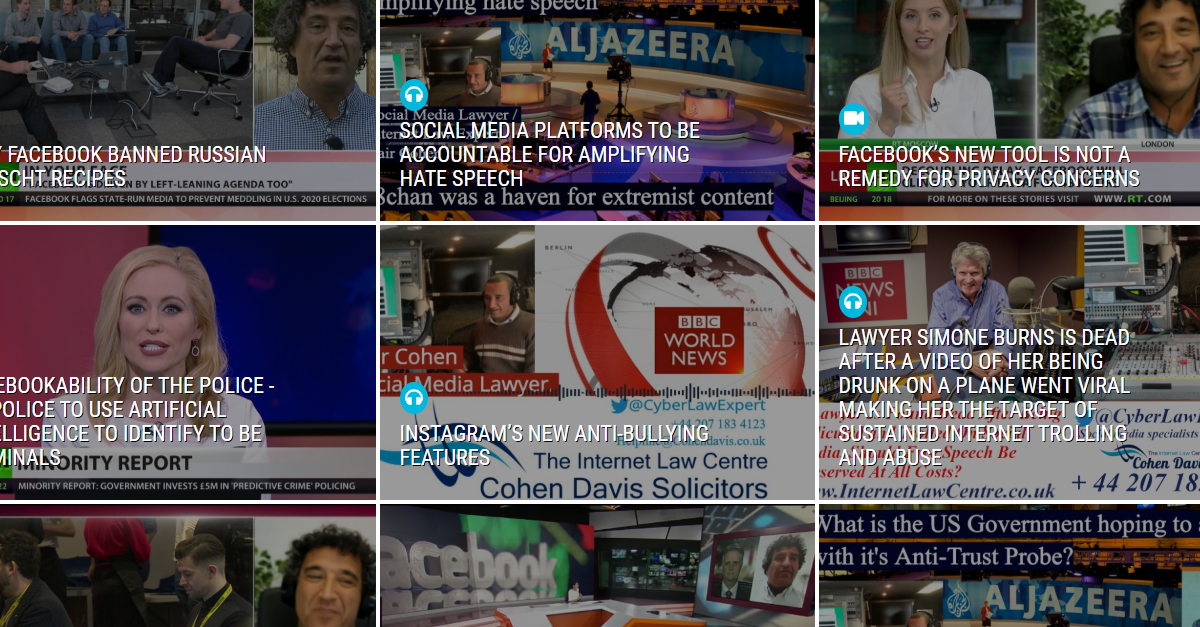 Yair Cohen, founder and MD of Cohen Davis, is the UK's first internet lawyer, specialising in bringing justice to the victims of internet crime. Yair has a reputation as a thought leader, creative problem solver and assertive lawyer with 23 plus years of internet law experience. He is a public speaker, an internet law trainer and a pioneer in developing internet law as a distinct area of law in the UK.

With a reputation for relentless dedication to helping those whom the current justice system lets down, Yair has gathered over 23 years experience in the field of internet law, which began when he was at City University in London and set up his first online e-commerce business (before the phrase ‘e-commerce’ was actually invented) to fund his law studies.

In the early days of the internet, being one of the only lawyers in the UK who knew how to code websites and who already had a deep insight into the back-end of the internet, Yair leveraged his technical knowledge and his legal experience to become the very first lawyer in the UK to specialise in internet law. What followed was unexpected, and unprecedented:

Dozens of enquiries from professionals, individuals and companies, who were concerned with issues they were experiencing as a result of having an online presence, and requests from other lawyers to train them in this newly developing area of law.

Having built up extensive knowledge of both the back and front end of the internet as well as the UK legal system, and combining that with his analytical and evidence-based approach honed over his years practising criminal defence law, Yair Cohen dedicated and continues to dedicate his career, to winning groundbreaking cases involving internet crime.

His many achievements include taking part in the preparation of the first UK court case requiring Facebook to release a user’s identity, and being the first lawyer in the world to have obtained court’s permission to serve an injunction on an internet troll, via an Instagram message.

He is the author of The Net is Closing: birth of the E Police, which is a powerful debate about the future policing of the internet, to protect the general public and to lobby institutions to take a proactive approach in  protecting us and particularly the vulnerable online.

He is a regular guest on TV, radio and podcasts in the UK and around the world and features several of those articles on his internet and social media law blog. Yair's accomplishments of being recognised for groundbreaking rulings, setting precedents and making history, along with his cutting edge advice and opinions on all matters internet related, have been featured in numerous publications and media outlets, including The Law Society Gazette, The Scotsman, TIME, The Telegraph, LBC, Bloomberg News, The Evening Standard, Forbes, The Times, The Guardian and BBC Radio 4. He also is a guest speaker at national and international conferences.

Yair is also a member of the Internet Law Leadership Summit where he regularly meets and collaborates with the world's greatest internet law attorneys.

Yair is up to date, well informed and has cutting edge advice and opinions on all matters internet and social media related.

Members of the media who are interested in featuring Yair Cohen as a legal expert guest on internet law and social media, on their radio or television programme or as guest writer in your publication can contact us at:

We promise a fast response.

If you are pressed for time and wish to send us your questions, together with your enquiry, we will acknowledge safe receipt and will get back to you as quickly as we can.